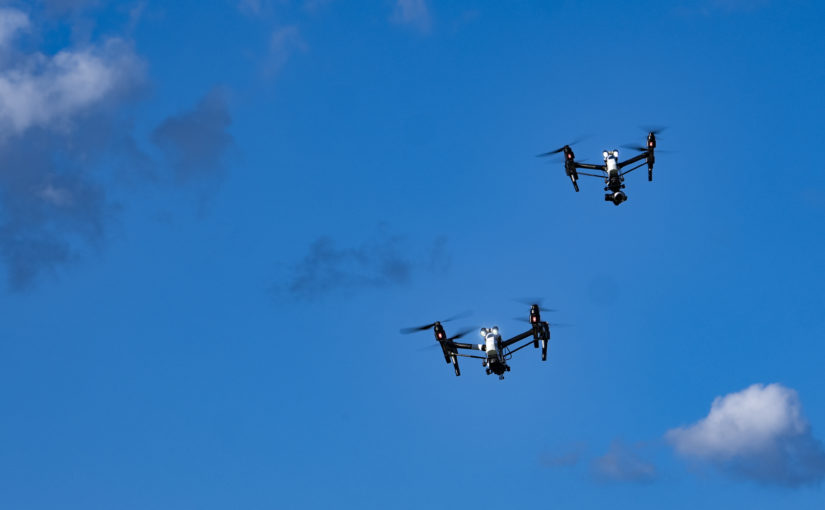 One of the core tenets of 603 Drones, LLC training sessions when speaking to new photographers and remote pilots is the absolute need for camera and drone equipment redundancy. There’s an old saying in the commercial imaging world that “Three is two, two is one, and one is none”. In other words, if you arrive at a job-site unprepared for the possibility that your equipment may fail and you do not have equivalent backup equipment with you, then you risk embarrassment in front of your paying clients and the potential loss of your reputation. Sometimes, though, when you’ve been doing things long enough, it’s easy to fall into a pattern of complacency and undue trust in your gear. We were recently reminded of this in a very hard way….

On Tuesday of this week, we arrived at a client’s property to perform a multi-faceted imaging session that was to consist of aerial footage, ground footage, and documentary-style footage of the client speaking. As with any other job, we showed up with two complete drone packages including four controllers, a dozen batteries, three tablets, multiple cameras and lenses, a pile of cables, etc, etc. There was no way the aerial stuff wouldn’t get covered with this much backup.

We’ve Planned for Everything, Right? Right???

For the ground footage, we brought two complete dSLR camera kits which, due to planned inventory standardization, use the same lenses as our aerial platforms. Add in a pile of MicroSD cards and, again, we had it covered. Finally, to carry those two dSLR bodies around the property capturing buttery-smooth footage, we brought not three, not two, but…wait for it…ONE hand-held gimbal (the Zhiyun Crane v2). Yup, redundancy be damned, we only need one of those critical pieces of equipment.

Now, it should be noted that we perform pre-mission inventory and operational checks on all of our photography and drone equipment before heading to a job-site. This day was no different and our checks raised no red flags so we knew we were good to go. At the client’s property, we launched our first aerial platform with no apparent functional issues, performed our initial flight tests, and got to work. And that’s when the fun began….

The Blind Leading the Blind

As soon as we started filming, we began suffering massive video feed latency issues between the drone and the controller. It was so bad that we could not continue filming and were forced to land. We tried several complete drone equipment shutdown and restart sequences, pulled memory cards, switched cameras, etc, but were never able to clear the problem. So we switched out to our second platform but quickly discovered the exact same issue. With a relatively mild KP index of about 3.5 for the day, our only guess was that something in the area was seriously interfering with our transmission signals. We were able to complete the aerial work by essentially flying blind and best-guessing our camera angles. Finally, that portion of the project was complete. The ground work was next and we expected a relative cake-walk from here on out.

After getting our client miked up and staged for their on-camera presentation, we began filming. Suddenly, our dSLR began flashing a warning that it could not continue recording due to low write speed to the memory card. Ugh. Now that’s embarrassing! “Hold on, Ms. Client, please. We are experiencing technical difficulties.” We quickly grabbed a second card and began again and again were hit with a warning that the camera didn’t like the second card because it wasn’t formatted. Oy! So we took a deep breath, formatted the card in-camera, and were able to proceed. We finished the session and moved on to the property walk-around footage. Surely this would be a breeze, right???

The walk-around was to be a simple process of attaching the dSLR to a gimbal, strolling around the property inside and outside, capturing some slick footage, and wrapping up the day. BUT…remember that one single, solitary, lonely hand-held gimbal unit we mentioned earlier? Welp, as you can probably guess by now, as soon as we set up the unit and turned it on…it failed. Hard. Gimbal motors refused to initialize and we were left with an expensive camera attached to a dead stick. But that’s okay, right? ‘Cause all we have to do is run to the truck and grab the backup gim…oh, wait. Never mind. The one piece of equipment we did not plan to fail with. Well played, Mr. Murphy…well played.

In spite of all the above, we were still able to provide the client with the material they requested. Not quite up to our own standards for quality, but they were able to work with it. And we were pulled hard out of our complacency and reminded that EVERY piece of camera and drone equipment needs a backup.

Fail to plan and you’re just planning to fail.