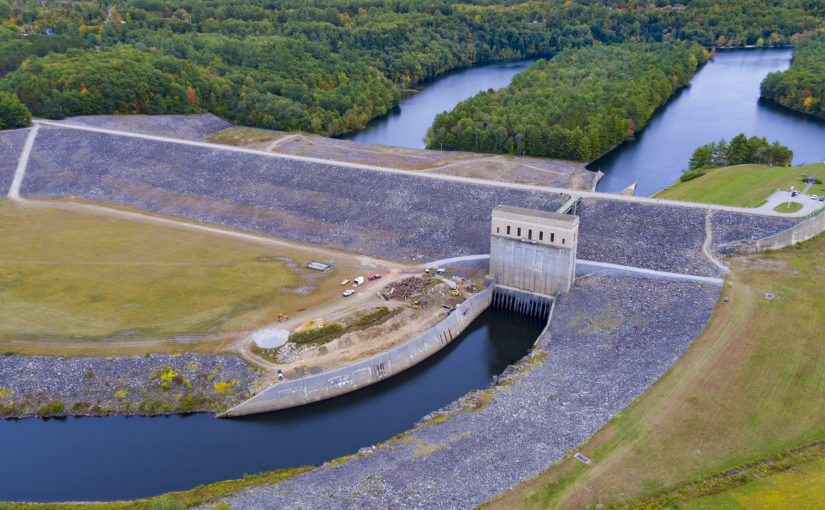 The USACE and Drones – A Test Case

In late August, 603 Drones, LLC was contacted by the United States Army Corps of Engineers (USACE) who inquired about performing aerial imagery of their New Hampshire properties using small Unmanned Aerial Systems (sUAS or “drones”). The goal of the project was to replace aged marketing materials captured with manned aircraft while also allowing the benchmarking of treeline cuts, canal swaths, and other engineered features at each property. The USACE in the Northeast region had, so far, found little use for sUAS and the team reaching out to us was hoping to change that.

By way of background, the USACE has had a standing prohibition (click here) on the flight of aircraft of any kind over their properties and properties managed by them without prior authorization. However, because that prohibition preempted the Congressionally-mandated authority of the FAA, the USACE later clarified that their policy only covered launch and recovery on its land. But the use of unmanned aerial systems over dams is still a topic that the USACE takes very seriously. After all, dams are on the list of “critical infrastructure” as defined by the Department of Homeland Security (DHS).

Fast-forward to this week. After receiving all of the necessary internal approvals for the project, the representative we were working with informed us that they were ready to move forward with the work. The objective for the project date was to image a total of seven sites in five locations across Central New Hampshire. That meant a lot of driving for the day!

Without going into detail about the individual flights at each property, I can at least say with confidence that the overall mission was a success, the client received exactly the images they were looking for, and we proved once again the benefits of working with sUAS.

Jeremy Jones is the founder of 603 Media Group and 603 Drones, LLC. He is a FAA Part 107 pilot and has experience flying multiple Small Unmanned Aircraft System (sUAS) platforms in commercial applications. He is also versed in both state and federal regulations as they relate to commercial vs hobbyist sUAS operations and helps new remote pilots to navigate these very tricky subjects.
Twitter Facebook Linkedin
aerial autumn corps of engineers dam drone foliage new hampshire nh photography us army usace